We all know customers will sound off on social media about negative experiences. Frequently they post irrelevant and disparaging comments to express anger, industry criticism, or personal political issues. This accounts for many responses to businesses posting to social media.

In the banking industry, where personal opinion can have a big impact, the irrelevancy rate skyrockets to 70.9%.

One of the nation’s largest banks wanted to figure out how to deal with negative social posts – by creating content that connects better and generates less negativity.

The bank turned to Nichefire for help. Using its AI-driven CompetiSmart™ platform for competitive benchmarking, Nichefire measured how relevant or irrelevant responses were to the original posts from multiple banks. From this, Nichefire developed a Response Relevancy™ measurement tool.

This tool gave the bank a framework to analyze what types of content and advertising generate more on-topic responses vs. irrelevant comments. The bank also saw how their social posts performed compared with competitors’.

“The most intriguing insight we learned was that there are clear differences between content that generates highly relevant responses vs. irrelevant responses,” said the bank’s director of social intelligence.

Types of content that generated high relevancy rates included:
• Posts that speak to bank products through case studies or testimonials
• Storytelling about a subject, person, or organization
• Topics that use influencers to engage consumers (such as a contest with a beloved baseball team or musician)

On the other hand, content with low relevancy rates included:
• Posts highlighting the brand first before the hook of a story
• Virtue-signaling posts (for instance, “we’re proud to support…” or “we donated $x to…”)
• Posts with political rhetoric

Armed with knowledge, the bank focused posts on customer stories and testimonials. Over the next 12 months, the bank saw a dramatic reduction in negative and irrelevant comments and much higher relevant engagement. 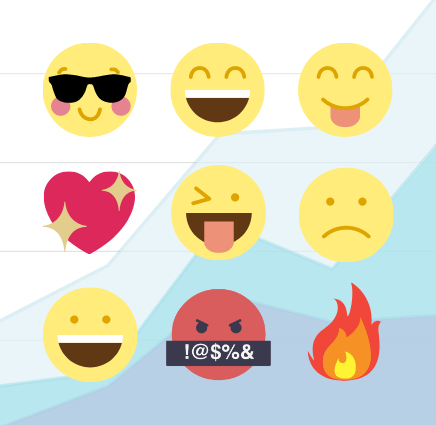 Speak to our experts to learn how Nichefire’s consumer and market intelligence can help you.